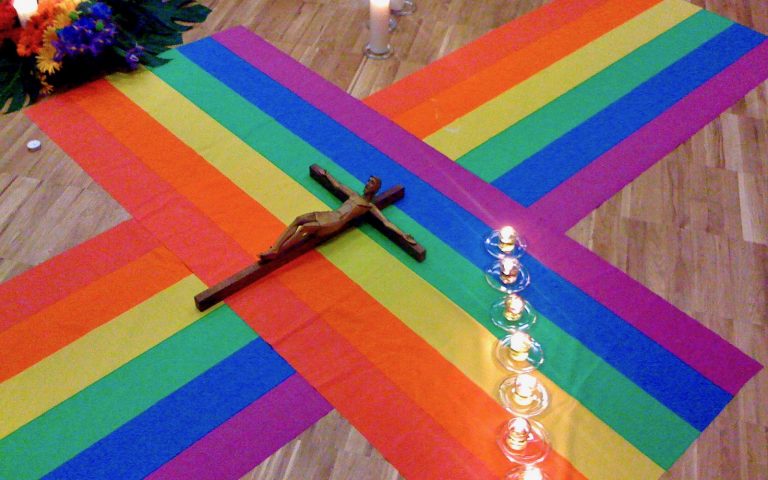 In February 2020 I was one of several people asked by some Catholic higher-ups to provide brief observations concerning the use of the above phrases, particularly in reference to the current Catechism. This was with a view to their sharing such views with higher-ups way beyond my “pay-grade”. I have no idea how these observations have been received, but now feel free to make them public.

Please notice that all this boils down to two claims: “it’s wrong in itself”, and “if you need a reason for it being wrong, it is that in reality, you are not who you think you are”.

In fact, the claim that your body automatically and inherently “intends” something, and that your pattern of desire which is not in accord with that is wrong, is a form of “gaslighting” (an attempt to convince people that they are in some way out-of-synch so as to exercise control over them). It involves some people – purported experts – claiming to “know” something true about you that you don’t know; and that furthermore, you have to trust them and agree not to be the fully functioning human that you are. Nowadays such a claim can only properly be made by experts where there is a scientifically verifiable pathology present. In this case, however, the claim is pure pharisaism and leaves the LGBT believer vulnerable to cure-promising charlatans.

So, back to point one:

There is nothing in divine revelation concerning sexual relations between unrelated consenting adults of the same sex who also share a certain social equality.

The only teaching the Church has in this area is a negative one: an attempt to maintain a purported ancient prohibition by defining gay people as defective straight people.

I do not think there is any other way the Church can maintain the purported ancient prohibition than by recourse to this sleight of hand, whether it uses aristotelian language or some modern equivalent. Outside Christianity (e.g. in Islam or Judaism) divine prohibitions can survive without human reasons being given for them. Within Christianity, which recognises no extrinsic law, and therefore no voluntaristic commandments, the reason given for a divine prohibition has to correspond to the genuine humanly discoverable nature of the persons involved.

In other words, unless you can convince gay people that gay sex is automatically wrong because they aren’t really gay, and therefore aren’t acting according to their real nature, you have failed to maintain the prohibition. You are maintaining instead a club rule, and trying to vest it with sacred power: this is a sin against catholicity, since it creates an “out” group by contrast with which an “in” group is “good”.

Now, however, a problem arises: the moment you stop demanding that gay and lesbian people treat themselves as though they are not really gay or lesbian, but instead defective heterosexuals, then you are faced with the fact that there is nothing in divine revelation concerning sexual relations between unrelated consenting adults of the same sex who also share a certain social equality.

And that therefore the Church has quite literally no teaching at all on the subject, since all attempts to teach in this area so far have been predicated either on bad readings of Scripture or false claims about who the people involved really are or both.

Any cookies that may not be particularly necessary for the website to function and is used specifically to collect user personal data via analytics, ads, other embedded contents are termed as non-necessary cookies. It is mandatory to procure user consent prior to running these cookies on your website.